The annual event is put on by the Ontario Sustainable Energy Association (OSEA). This year, GEDO will showcase more than 150 tours events at more than 90 locations in Ontario - including 16 in Ottawa, and 55 across Alberta and British Columbia. During the tours, GEDO will be showcasing green projects, including green buildings, renewables and other initiatives that support the low carbon economy. This initiative was first launched in Ontario by OSEA in 2011 and has since expanded to other jurisdictions.

All GEDO tours are free and open to the public, it runs from Sept. 22 to 24. GEDO was conceived to educate citizens, support the green energy market and assist in the understanding of what green energy is all about.

“Last year over 10,000 people participated. This year there are a range of new sites to visit, including ten at Ontario Universities and Colleges and over 50 green homes, we expect even more participants walking through the open doors during GEDO 2017,” said Janis Wilkinson, Interim Executive Director at OSEA.

The theme for this year’s Ontario launch event is the contribution and success of Enwave, the largest renewable lake source cooling system of its kind in North America, which services many private sector and public buildings in Toronto’s downtown core.

The launch event was moderated by Janis Wilkinson and began with Arthur Potts, MPP Beaches-East York and Parliamentary Assistant to the Minister of the Environment and Climate Change, outlining Ontario’s Climate Change efforts and progress on the path to a low carbon economy and how it relates to GEDO 2017.

• Josh Hillinger, Onsite Experience Manager at Steam Whistle Brewery, described the benefits of being a longtime Enwave client and how it features prominently in the special SWB sustainability public tours available all weekend. The inaugural SWB tour was the final portion of the GEDO 2017 launch.

• Terry Whitehead, Team Lead, Commercial Projects at Enbridge Gas Distribution and Keir Brownstone, Energy Manager for Toronto Community Housing with the Smart Buildings and Energy Management (SBME) unit spoke about the gas absorption heat pump system recently installed at Arleta Manor in Toronto. They described the relationship between energy consumption and home comfort for tenants, as well as the partnership between Enbridge Gas Distribution, Union Gas and The Atmospheric Fund, Enbridge and Union Gas that supported the project.

• A video greeting commending GEDO 2017 participants and organizers by the Honourable Catherine McKenna, Federal minister of Environment and Climate Change, was also featured.

In the lobby of the SWB was a display with the GEDO 2017 locater website map which allows people to find the sites near them in Ontario, Albertaand British Columbia and reminded people about the regional GEDO17 event occurring in Ottawa between September 30 and October 1.

To schedule interviews, images of the launch event or for more details, contact:

Location of all events: Go to https://gedoon.ca/events-2/search-events/ using the drop-down menu which appears below the map where you can search for events. You can also search directly on the map by focusing on the region that you are interested in. 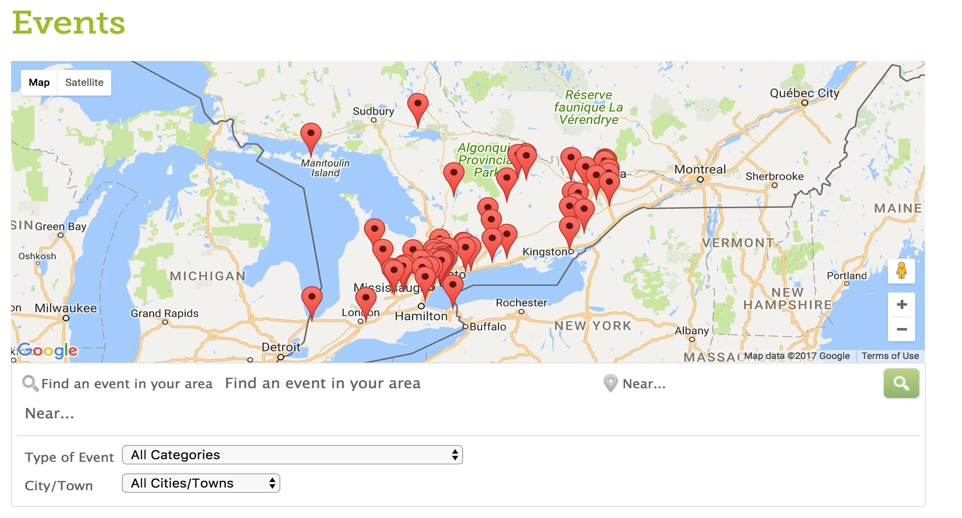 GEDO contacts for Alberta and BC are: